I made an event for my thesis to raise funds for housing projects in the organization I am a part of . Given my situation and my cause, you would have thought that people would go out of their way to spare a few amount of cash.

Sometimes, it makes me think that there are only a few good people left in this world. The hardest thing I had to do for my event was look for sponsors. I didn’t think I would go through all that trouble and get nothing. Or, quite possibly, I suck very much at convincing people.

I am very thankful for those people who DID support the cause and gave financial help. They made me restore my faith in humanity. I can’t thank them enough for their generosity.

People WILL let you down. 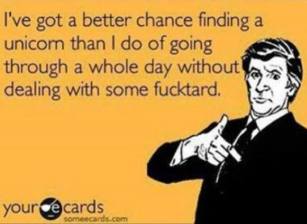 People will disappoint you, lie to you, take advantage of you. It’s what they do. People hurt people. And yet you are led to believe that you can find the good in them. It’s okay. Keep trying. No matter how many times you were let down, don’t give up on these people. Keep pushing for the good in them to come out. It’s worth it.

Don’t take everything too seriously.

Many times during the course of my project, I began thinking too deep. And deep overthinking of things that didn’t really matter in the bigger picture got me in trouble. I was lost, I was depressed, I was tired. I felt like a zombie walking around the city, sometimes not having a clue how I got to certain places simply because my mind was too focused on the negatives of my work. I took everything too seriously and it stopped me from being able to think clearly and pause.

For some reason I have gotten accustomed to walking. Maybe I thought I was in New York despite the heat and the dirty streets, but I’ve found a certain calm in walking. Because I thought too much about a lot of things, I tended to zone out, and zoning out while on a public vehicle usually got me farther than where I was supposed to be. So I decided to just WALK. No matter how far I had to go to; this past month, I had been walking to wherever I needed to be. Walking made me think better, it didn’t tire me because it made me appreciate the small things around me, and it somehow got me able to  know routes in my city that you never go through when you’re in a car or a jeepney. There’s a certain sense of isolation you get from walking alone, and it makes you feel calm, and relaxed, and free.

All throughout the depression and the disappointments, I’ve found hugs to be helpful. There’s actually a scientific study about hugs being able to relieve stress, and now I’m a believer of that statement. I have officially become a hugger. Thanks to the people who shared their hugs! 🙂

There was this one time when I was just walking, and all I could think of were my problems in my project that I didn’t realize my eyebrows were furrowed and my lips were pursed a little too far, until I passed by this old man who was just sweeping the ground outside his house waiting for me to respond to him. He said “Good Morning” with the most genuine and innocent smile that I felt all the muscles in my face rearrange into a smile that mirrors his. I greeted him back, and that smile got me through the rest of the day. Smile at strangers, you don’t know how much it could help them.

I have the best grandmother in the world.

Because of the stress of last week and everything that had to be done,it’s explainable if I become disoriented, unrelaxed and downright hard to talk to. So on the final day when I had to pass all of my requirements and forget the one very important folder that has everything, there would be no question. Despite my stupidity, my superwoman grandmother went all the way from our house to my university just so I could pass it on time. Thanks lola!