Personal, Where to Find Gizel

The New York State of Mind

“New York City: center of the universe. Times are shitty, but I’m pretty sure they can’t get worse. It’s a comfort to know, when you’re singing the hit-the-road-blues; that anywhere else you could possibly go after New York would be, a pleasure cruise.”

I’ve always said that New York will never be in my choices of places to live. That’s just a personal preference honestly. It’s just not a living space suited for my personality, but it’s definitely still one of my favorite cities. I’m sure I’ve defined a couple cities as such at this point. But I’ve actually been to at least a hundred cities in my lifetime, and I’ve only ever written about a few of them.

The last time I was in New York was also my very first time. I went to meet with a couple of my friends and none of us had any idea of where to go, or literally where we were. It was a definite adventure! This adventure-filled city left such an impression on me that I promised myself that I would come back to New York in the summertime because I wanted to be able to walk around Central Park without my hand hidden in my pockets or go around and appreciate the streets and buildings without my knees shaking every single time the wind blows towards my direction. That was not the case with this trip because I literally touched down in one of the windiest flights of my life.

Getting in was already an adventure in itself. My connection got delayed because of “strong winds” and I almost didn’t believe it because I never thought it could possibly be that bad. Boy, was I so wrong! Flying in was both amazing and terrifying because it was during day’s end, which means I had the greatest view in the window but, as soon as the sun set, the wind started to pick up a lot more. 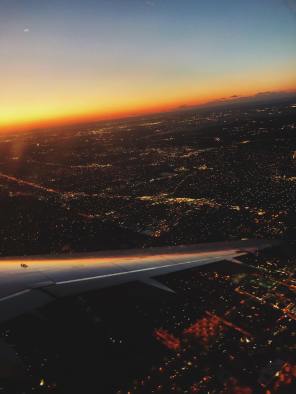 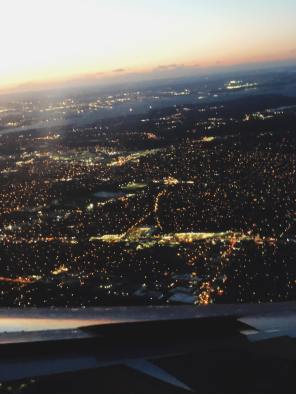 I’ve got such huge respect for pilots now especially after this flight because I made it to my destination alive and unscathed. I know I’m probably overreacting, but the turbulence I’ve experienced while landing in this flight was so surreal. I could tell how strong the wind was, because the plane was still swaying as if I was inside a moving ship instead of a safely parked aircraft in the tarmac.

After I checked in to my really cool, modern and artistic hotel room at The Time New York located in the middle of Times Square, I decided I didn’t want to leave the hotel and brave the wind but I wanted to bless my brand new camera on his very first trip. Unfortunately, my dumbass forgot the battery charging in my room back home. So I now had a real reason to actually go out and explore instead of order in room service. 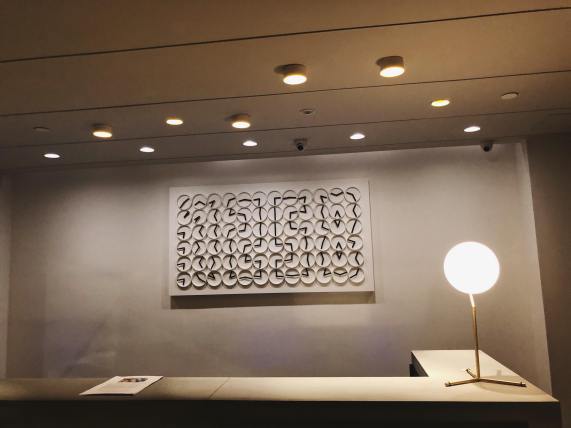 I figured I can walk around a little bit and do some solo touristy things while “going on an adventure” to buy a spare battery so I decided to take a walk to the closest Best Buy because my trusty Siri promised me it was only going to take 18-minutes, and that it was still open. Unfortunately, he wasn’t very consistent with his rights and lefts, and north-west-south-easts, and I was also running out of data at this point so some of his instructions for turns were either a little bit premature or a little too late (Keep in mind, that these are all instructions on my earphones, because it was too cold for my hands to be out of my pockets.)  I rely on my phone way too much that I’m guessing the millennial in me wouldn’t have survived if my phone had died. I ended up getting more and more lost, and got to my destination thirty minutes later.

When I finally found Best Buy, I rushed inside to warm my fingers up because they were two seconds away from falling off. I walked around inside the store for a little bit, until I finally regained motion in my lips, and my fingers finally went back to it’s original color. When I found an employee to ask about the battery, they did not even have it available. Sometimes, I’m just not so sure about my life choices.

I planned to walk back to the hotel and find a place to eat around there since it was already almost 9PM at this point and I’m guessing most places around Times Square were still open. I was cold, starving, and disappointed that I made this walk for nothing. I know it was somehow kind of like a little adventure, getting lost in such a fun place, but my fingers and toes disagreed with me strongly. They we’re definitely right about the “strong winds” My 104-pound body was literally blown off a few times. (Not even exaggerating!)

After getting swept away for probably the third time, I walked inside the first building I saw and decided to just warm up in there and hope that there was an open restaurant. Luckily, Wholefoods was in the basement, so I had a late night vegan dinner, and I tried probably the best boba I’ve had in my entire life. The place was called Genji Izakaya, and for a random restaurant to duck in to avoid getting swept by the wind, I got pretty lucky! They had great food and amazing service. After my late dinner, I decided to take a cab back to the hotel even though it was just a 10-minute walk away, because I didn’t feel like being a kite flown through one of my favorite cities. I enjoyed the quick cab ride home because it was my very first experience of being in an actual NYC Yellow Cab. I did the whole subway thing the last time I was here, and that was a completely different story. 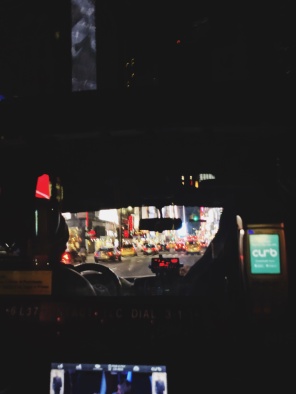 The reason why I’m here right now instead of a nice, calm, summer day, is because the main purpose of this trip, was actually for work. I’m very happy that my company is letting me travel for free to #FindGizel in New York City, and to visit the corporate office and learn in depth about the business behind the fashion. I was able to meet our CEO, some of the Italian bosses,  and a few other representatives from a couple of cities and countries. 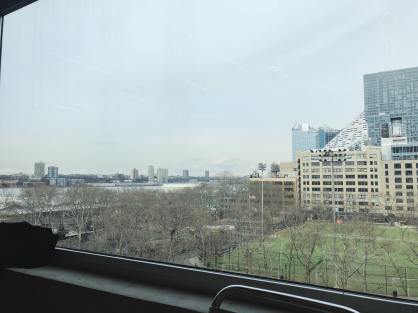 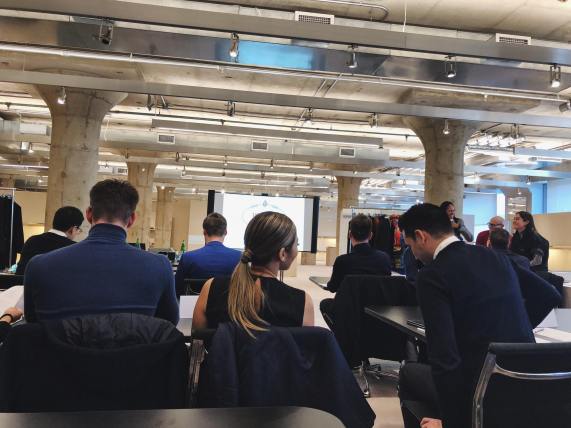 It gave me a perspective of what it is like to “work in fashion” in New York. It’s such a fast-paced and fun city, that it made me feel like I was having a Carrie Bradshaw moment.

After our very first day in the corporate office, I’ve made a few new friends from different cities and we became sort of like a little group. We would share rides back to the office and hotel and bond over horoscopes and such.

We went to the company dinner together at the Benoit Restaurant and it felt very special, they made us feel like some kind of VIPs because the staff had to guide us through the back and into an elevator that led to a secret entrance (Am I even allowed to share this information?) for a private function. After mingling and doing a little getting-to-know with the other groups, I somehow got separated from my newfound friends and ended up sitting next to one of the big bosses while I was three wine glasses deep. The introvert in me had to pretend that I was very charming, and sober and I think (or hope) it worked! 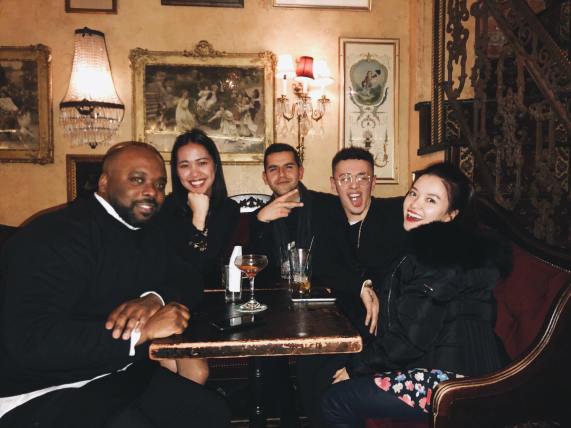 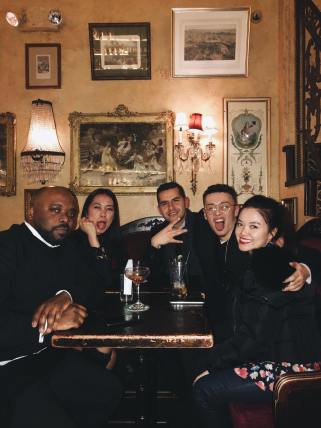 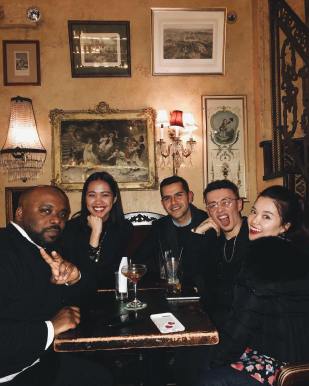 After the outrageously great food and dessert from this French bistro, me and a couple others decided to do a chill little nightcap. We found a random bar just across the hotel called Lillie’s, and we were all pleasantly surprised. It was one of the coolest bars I’ve ever been to. The place had such an antique, Victorian vibe, that almost feels like we were in a little castle. Our chill little nightcap turned into tequilas and absinthe, but we all made it through the next day! 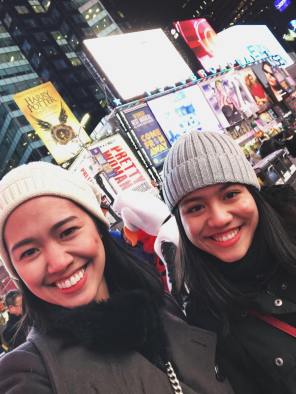 I met up with a couple of my New-York-based friends the next night for dinner in a place called Serra. Yet again, another definite go-to place when you’re in New York for a couple of days. It was a little packed(for a Wednesday night) when we went in, so it was a good thing that we had a reservation. 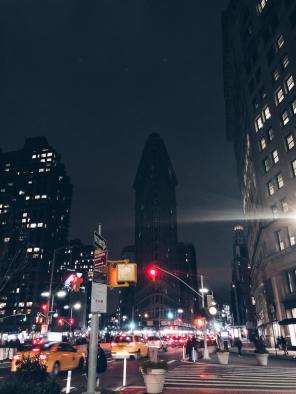 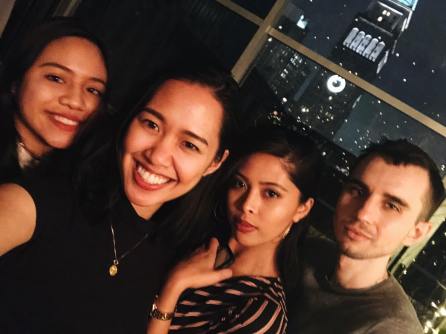 It was nice catching up and having great and meaningful conversations with my friends Igor, Darla and Charmaine(who suggested the place.) They tried to convince me to live in their city and each had such great and valid points. It was refreshing to see the city from a local’s perspective, but I’m not ready to leave my little Aspen yet. It was nice introducing all of them to each other because I know them all separately, and I was happy that our conversations meshed really well with one another. I hope they’d be able to spend time with each other in my absence too. Hanging out with all of them even for just a few short hours gave me such a nice feeling that reminded me of home. 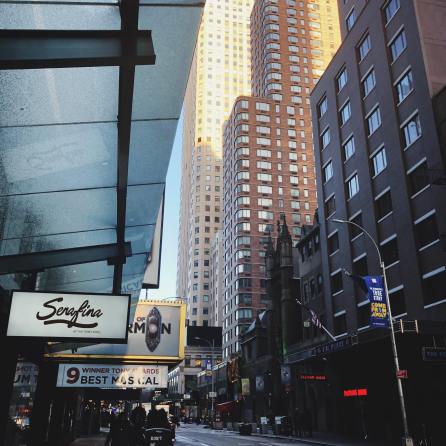 On my last day in the city, we went to one of our special locations in SOHO for a special activity and I was able to meet a few more people in the company including my department manager’s best friends. It was such a fun, happy and comfortable environment, that it made me think of my own best friends! 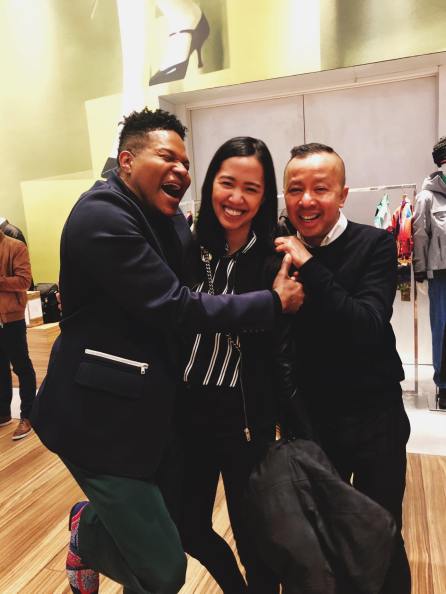 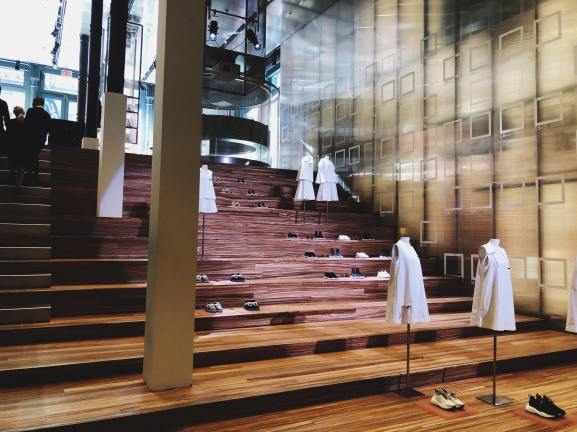 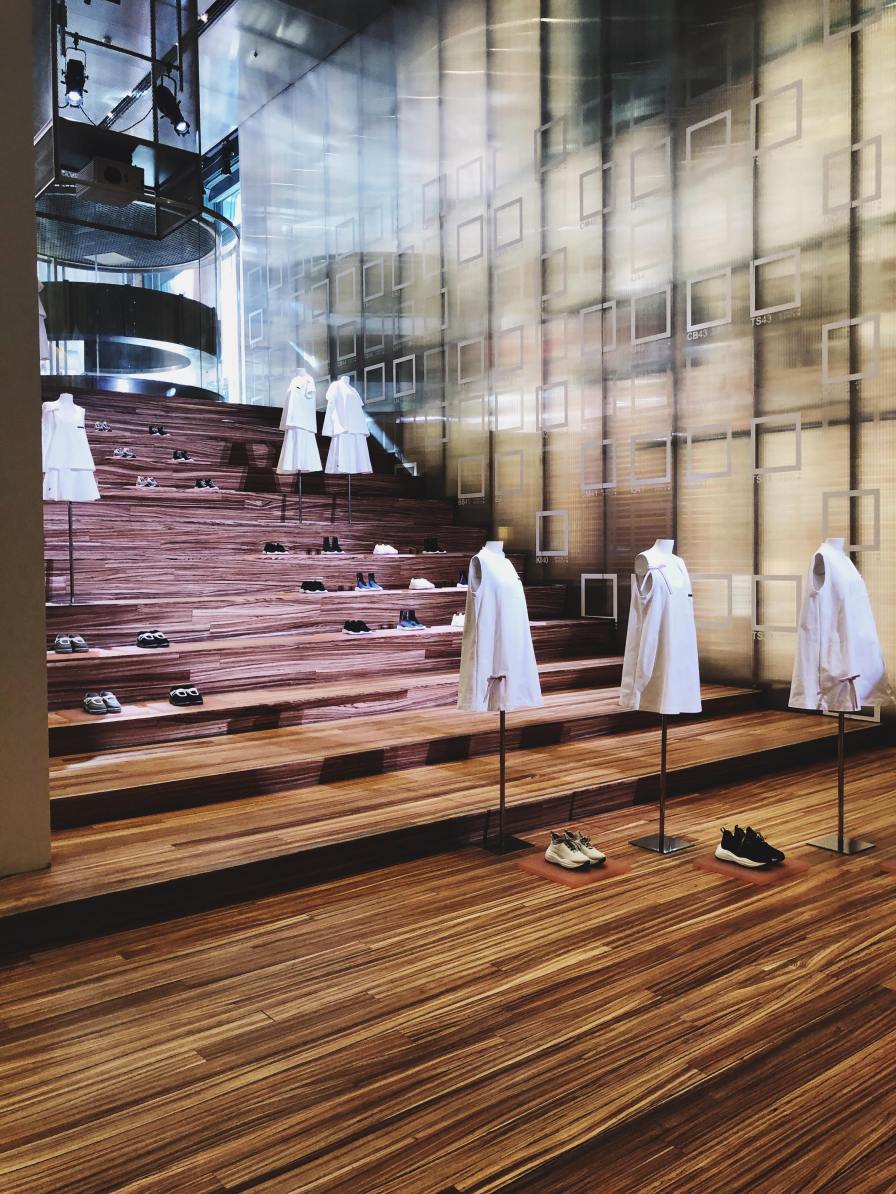 I said my goodbyes to everybody, then rushed on a cab to the La Guardia airport and spent most of my time waiting for (surprise, surprise!) another delayed flight, eating and day-drinking at Sorrentine. My second time in this airport restaurant. I love the fact that their plates and utensils are made of recyclable materials and that it was very conveniently located close to my gate. It was  an upgrade to the usual airport food I get, and I actually had a pretty nice bartender.

My flight was now 40 minutes delayed and I was a little worried that I might have to stay a night in Dallas. Luckily, I made my connection by the skin of my teeth and made it home back to my cold little town at around nine.

Im very grateful to my company for giving me this opportunity to travel for work, and I am hoping this is just the first of many. Until next time, NYC, hopefully in the summer!